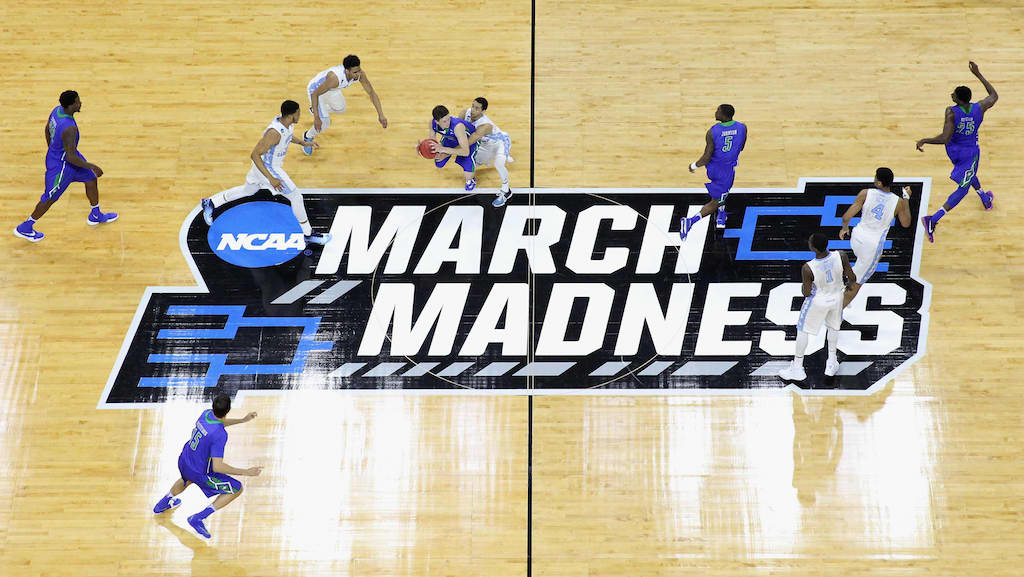 March Madness is one of the most highly wagered sporting events during the calendar year. Excluding the “First Four” games, the NCAA Basketball Tournament hosts 63 games over the course of three weekends. Upsets and buzzer-beaters are common occurrences throughout the entire tournament.

The NCAA Tournament is heavily wagered by frequent gamblers. However, many people who don’t typically bet will test their luck on this special event as well. March Madness is important for basketball fans and bettors, but it’s also valuable for bookies.

In March, bookies have the chance to generate a lot of revenue on the NCAA Tournament. Because of this fact, bookies heavily promote March Madness.

Here are some of the ways that bookies promote March Madness.

Sportsbooks typically have some type of bonus for new players throughout the year. This entices players to bet on certain platforms so bookies can make more money. Sign-up bonuses are enhanced during March Madness.

Bookies offer generous sign-up bonuses during the tournament to bring bettors to their books for this massive event. It’s reported that $3.9 billion is wagered by close to 18 million people during the NCAA Tournament.

Bookies don’t mind giving away a few free bets because it will favor them over the course of the month. An example of a sign-up bonus for March Madness would be a $100 free bet on a tournament game. These bonuses vary depending on the sportsbook.

Bookies run NCAA bracket contests on their respective sportsbooks during the NCAA Tournament. Some of these contests are free, while others require an entry fee. Despite this, they both drive traffic to a sportsbook.

People enjoy trying to guess the perfect bracket. It’s nearly impossible, but this doesn’t mean that basketball fans won’t attempt this challenge. This is a great way for bookies to promote the tournament.

No matter how you do it, it’s important to keep players betting at your sportsbooks all year long. Always give them something on your wagering board. If you don’t, they will start betting somewhere that there is always something to bet.

There are 67 games over the course of the entire NCAA Tournament. Games are televised on countless television channels due to the magnitude of the tournament. There is always college basketball action to wager in March.

Parlays are difficult bets to win because multiple outcomes must occur for a bet to hit. However, successful parlays generate a lot of money for bettors willing to take a chance on this type of wager.

Bookies encourage bettors to place parlays because the house has a better chance of winning. A lot of them will do this through parlay promotions. Bookies may provide insurance for tournament games, bonuses for different seeds, or other parlay promotions in March.

The number of parlay promotions that bookies utilize during March Madness is endless. This is the primary way that bookies support the tournament on their platforms.

The NCAA Tournament is known for massive upsets. Bookies heavily encourage wagering bracket busters on the first weekend of the tournament. They will encourage bettors to wager underdogs by providing a bonus if any of the low seeds pull off upsets.

Bookmakers may provide a bonus for any underdog team that wins a game if you bet them straight up. Upsets happen all of the time in March. This type of promotion from bookies helps them promote the tournament on their respective sportsbooks.